“When will Undertaker retire?” is a question you’ve been asking for some time. His two Wrestlemania losses led us to believe he was hanging up the boots. Clearly that wasn’t the case.

There’s no argument to have, when it comes down to shocking Wrestlemania moments. Undertaker’s first loss tops them all. The expected routine of a back-and-forth battle, followed with a Tombstone Piledriver to end the night didn’t happen.

Brock Lesnar was vicious with his attacks; and Taker had no response, until he nailed the tombstone piledriver. A third F-5 sealed the deal for Lesnar.

With the Streak broken, you’d probably assumed that Taker’s career was over. Maybe that’s where it should have ended.

Despite not looking like the man to create instant classics anymore, Taker still put up a fight. Reigns was too much for the vet, as a third spear led to the decisive pinfall victory.

It was a very emotional moment. You knew deep down this was going to be the outcome. A much deserved standing ovation filled up arena. Taker left his iconic gear, symbolizing the end. 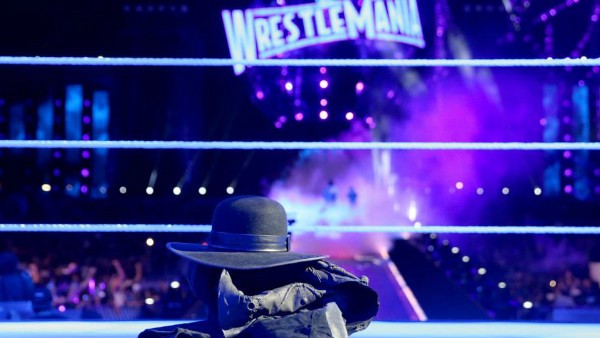 For the Deadman, 2018 was a year of uncertainty. After being called out by John Cena, this time around, Undertaker returned to manhandle Cena for a quick victory.

It was far from a classic, but it’s fair to say that Taker was in far better condition, unlike his last two matches. Yet, it added fuel to the debate, on the continuation of the legend’s career.

Undertaker came back to action this year, as the American Badass, to face AJ Styles. An unfortunate occurrence changed the course of the event; turning this match into a cinematic version of a Buried Alive match; dubbed ‘Boneyard Match’. This approach hid the in-ring limitations of Taker, and kept an intimidating image.

It was a one-sided affair. Styles barely phased his opponent, before being buried under a ton of dirt.

Undertaker’s post-Wrestlemania 33 matches show us his willingness to keep fighting; whether alone, alongside, or against legends and younger talent.

Already damaging a Wrestlemania retirement match, what if at Survivor Series 2020, in his home state and originating PPV, he officially retires? Since there wasn’t a formal farewell for Undertaker. WWE has done their best, with their ‘The Last Ride’ Undertaker documentary series. It concluded with the Deadman confirming that he is done, but also leaving you with a cliffhanger.

If things go back to normal, at least by Survivor Series, that will be the right place to say goodbye to the fans, soak in the moment, and finish on his own terms.

How does that sound to you, Undertaker officially announcing his retirement at Survivor Series?